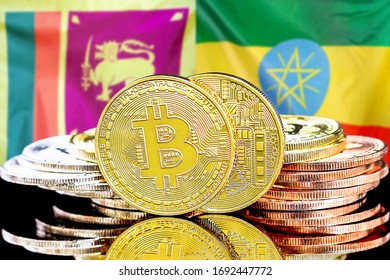 Ethiopia, just like most countries, is set to have a Central Bank Digital Currency (CBDC).This new CBDC will allow the State to continue minting currency in the digital age.

Society is currently undergoing a historic shift away from paper‐​based, bearer asset daily money toward full electronic, corporate ledger daily money. This change is part of a long trend of disuse of all bearer instruments, like stock certificates and bearer bond.

This strategic removal of cash from the economy will allow the State to go on spending, which will add to the inflation and debt cycle via its new digital currency. Some actors, including bureaucrats and self-serving organizations, will enjoy this increased State spending. Viewed from the perspective that petroleum production backs the United State Dollar, it’s fair to conclude that many of the actors in this inflationary-debt bubble have been acting in bad faith. More toxically, it may be commented that these “fiduciary” leaders of money and policy are intellectually dishonest and morally bankrupt. Henry Kissinger, for example, might add that “It is not a matter of what is true that counts, but a matter of what is perceived to be true.” And any honest dissenters to this hegemony, with the late Jamal Khashoggi coming to mind, are often met with a deadly response.

Ethio Telecom (the State-owned monopoly provider) introducing TeleBirr is a decades-late step in the right direction toward digital money. Integration and application building, as well as hardware and infrastructure challenges still remain, but new capital will allow for a larger customer base. At present, only 20-25% of Ethiopians have easy access to telecom services.

In the next few months we will likely continue to see a rise in bitcoin price. Value will continue to be created by a decentralized pool of miners and node operators and stored in bitcoin. As solutions on the Lightning Network and Layer 2 offer daily users near zero fees and under one second transaction times, adoption in young countries like Ethiopia will happen sooner than we think. And given its finite supply and 130 year marathon of increasing computational difficulty, bitcoin, with its decentralized ambition for a new money, may just very well be the new standard as proclaimed by Saifedean Ammous.

Most Ethiopian’s will always remember where they were at the time of artist and activist Hachalu Hundessa’s assassination. Between the hours of nightfall on June 29, 2020 and the following Tuesday morning, tragic news of Hundessa’s death worked its way through informal channels. As Telegram groups grew frantic and fearful as to what would happen next, Addis Ababa turned frigid. 2020 was about to get even more fragile. Ethiopia lost internet as quickly as most neighborhoods lost electricity that morning. And there would be no more connections made through the state-owned monopoly telecom provider for the next three weeks.

Much like USD, Bitcoin is not legal tender in Ethiopia. And because of telecom limitations, more than 70 million Ethiopians are currently incapable of opening a digital wallet. Those are the only two challenges I can find in Ethiopia for widespread adoption of bitcoin as both a store of value and as a currency to be used for daily transactions.

Given the volatility of bitcoin, it may be the case that, for practical reasons, the United States dollar will be used as a temporary unit of account. But over time, with revisions in law and global alliances, and with it furiously increasing velocity of use, bitcoin will become a standard countries like Ethiopia cannot escape.

Similar to Greater Africa, over 70% of Ethiopia is under the age of 27. The majority of Ethiopians are living under increasingly expensive conditions which create inflated prices and diminishing returns of value. The Ethiopian Birr, at roughly 20% per year, is debased through a variety of factors. These factors exist within an academic cocktail of printing, borrowing, spending, and dead aid (reference to Zambian economist Dambisa Moyo). Whatever Ethiopia's growth rate, the exports seem to never be enough. As a result, the price of a holiday lamb (think of it as a holiday ham) has gone from 1,200 Ethiopian Birr ($66.67) in 2014 to an average price of 5,700 Ethiopian Birr ($142.50) in 2021. Meanwhile salaries have increased at a much slower pace.

And with everything denominated on the reserve currency, USD, Inflation is hurting Ethiopia and every country even more in rapidly diminishing buying power.
Fiat currency is dying, it's time for blockchain technology. 👍

Congratulations @indepensky! You have completed the following achievement on the Hive blockchain and have been rewarded with new badge(s) :