cmplxty in Agricultural Mindset • 2 months ago

This weekend we spent some time at a really fun farm that was a lot different than we have been to before! What I enjoy when we are driving around looking for things to do is finding some very random but unique things! This time was no different. We were roaming around looking for somewhere to fish and we drove by this sign that said "Pick your own: Spinach, Kale, Lettuce, Arugula" and some others I couldn't catch and we immediately said we have to check it out! It was even better because they said that they were organic and didn't use chemicals to keep the plants healthy. Score!

There were a lot of interesting things that were growing on the small farm here. I enjoyed seeing what some of the things looked like when they were growing instead of when it hits the plate or store! I don't know what some of the things are still but there are obviously a bunch of lettuce in the middle here. I believe on the bottom left growing on the ground are onions or garlic. The little man and I were roaming around trying to figure out what we wanted to pick! We got some good pieces of lettuce here but it was a bit strange because the people who own the farm wanted you to only take a leaf or two from the different heads. We accidentally cut a whole head until we realized what they wanted us to do lol oops This one was good to see! The big section with lots of flowers on the left there was arugula. I didn't know what arugula looks like when it's just growing out there in the fields and I was pretty surprised as to how it's looking. I thought it would be something with a center kind of like lettuce but it's more like a corn, it has a big stalk and lots of leaves that grow off to all of the sides of it. This made harvesting it very strange and I only ended up picking one piece since I wasn't completely sure what I was picking was indeed arugula. The farmer confirmed it later but I will try to grow our own arugula someday so I can get better at harvesting it! It's one of my favorite salad greens for sure, got a nice kick to it! @sagesigma this is the cool farm and growing stuff I was telling you about! 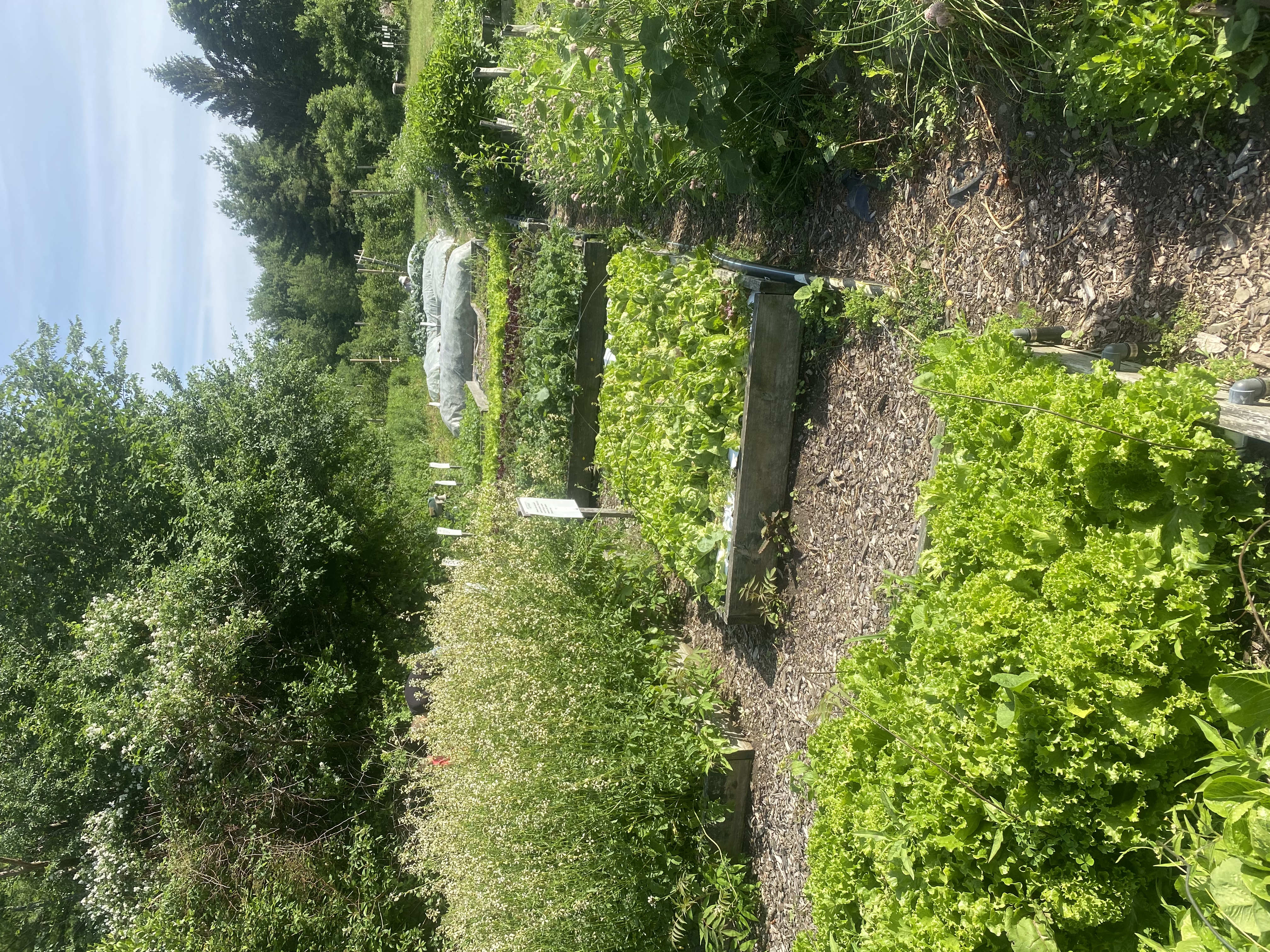 In this picture here is the arugula again but to the right of that is a bunch of spinach growing. Spinach was also one of the things I've never seen growing in the field. I didn't get a great picture of it but it was similar to arugula, it had a central stalk with a bunch of leaves growing off the sides of it. It makes sense when you think about how we eat spinach, we just get the leaves and don't get anything else. The things we learn at completely random times are great! There was an interesting way to pay! The farmer was still in the Rona mindset and wasn't accepting cash but was going to add your stuff up and bill you the amount which you pay later. I feel bad that there are people who are terrified of things so much that they shake up their entire way of life. Don't want to go off on a tangent but I didn't like the idea.

We put the stuff on the scale, weighed it individually and had to write it down on the slip with our info on it. I found it fun initially since there weren't people around but a little while into our stay there we saw the farmer who owned the place and I wanted to just ask him if we could pay cash instead of this crazy method but he looked nervous so I held my tongue. We got the bill later on and it was $1.34 lol I would've just left him two dollars and called it a day.. 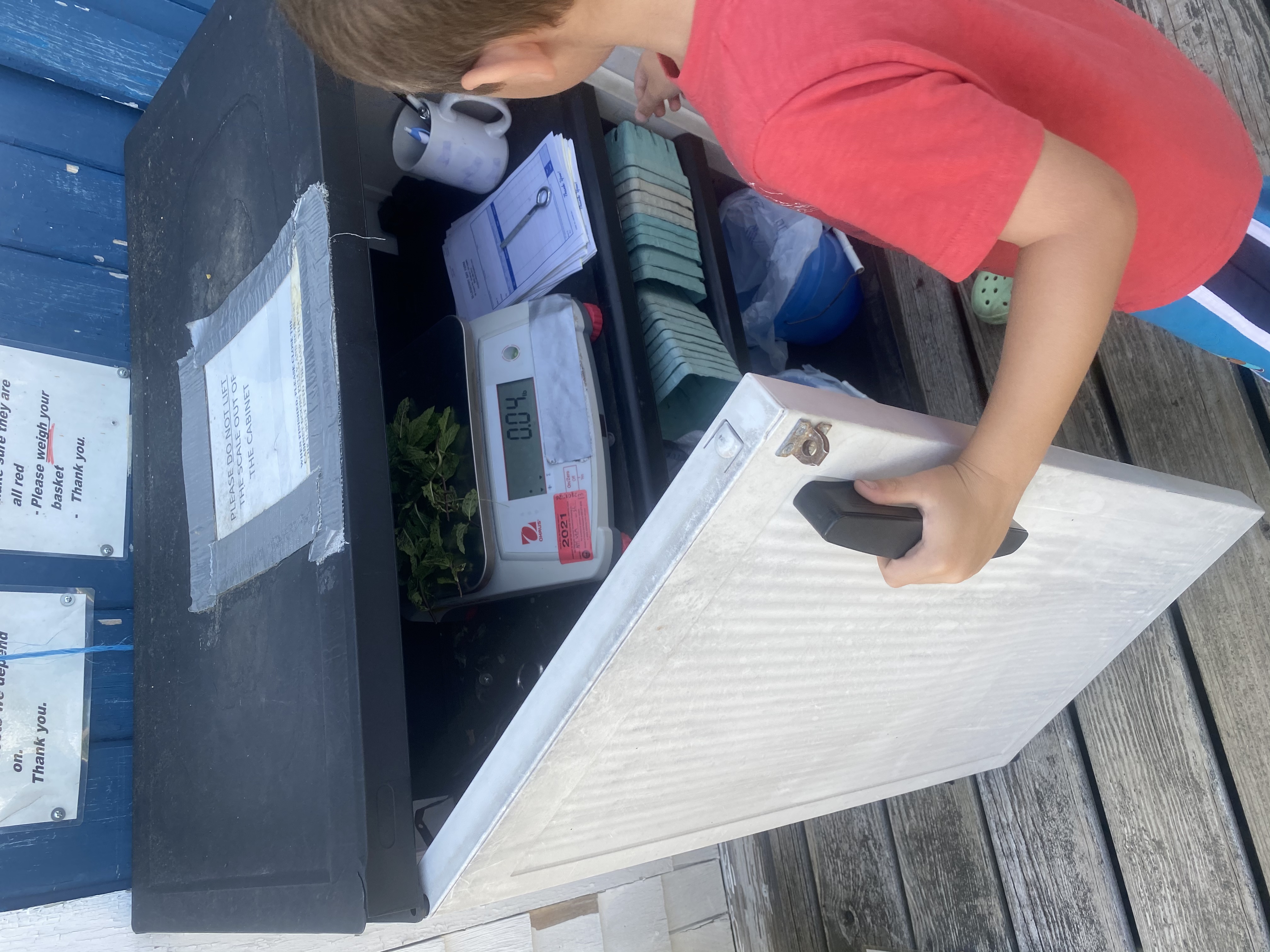 We love discovering these random places all around! We were in an area that we always knew of but never really took the time to discover it. We were definitely pleasantly surprised with how it turned out, though we won't be visiting this farm in particular again given the odd way we were told to pick the stuff. Still fun to get out there and mess around!

Do you want to get paid, in crypto, for searching the internet? Try using and signing up for Presearch to earn some great crypto! I've currently got 2,390 PRE tokens, with a market value of $249.13. It doesn't sound like a lot but when you search using sites like Google you get paid $0! Join Presearch to break Google's stranglehold on the internet searches. If you'd like to sign up, use my referral link!
https://www.presearch.org/signup?rid=513043

That is a parenting victory when you experience something new like that and expand the young mind.

I recently have started working with our local community food center and discovered their community gardens. I should shoot some pics and share it here.

Thanks man I totally agree that it’s a great parenting victory to have this type of stuff when we least expect it! Love when that happens lol.

It’s great to get involved in community stuff like that, I’m hoping to start a community garden when we move, it’s a great place for a lot of people to get back to nature!

very cool! I agree with the @zekepickleman with a parenting victory, this is an experience that (IMHO) matters, long term. Very cool - looks like there are some pollinators there too. Looks like a great garden! Someday, when our Splinterlands collections are worth millions, we should pool some funds and get the community garden up and going to for our kiddos. I know a guy who can do the accounting, by the way...

Congratulations @cmplxty! You have completed the following achievement on the Hive blockchain and have been rewarded with new badge(s) :