cmplxty in Amazing Nature • 17 days ago

The other day the little man and I went fishing and got one heck of a surprise! We found a sizzling visitor in our fishing spot! One thing we don’t usually find around us very often, because of where we live, is many snakes. We get the garden snakes (or garter?) but that’s about it. When the little man and I went fishing the other day, he says to me “dad there’s a snake!!” And I thought yeah, sure it’s a simple garden snake. Holy shit was I wrong! Lol

I believe by looking it up it’s a “northern water snake” but I’m certainly not going to test that theory, given that they look remarkably similar to water moccasin snakes. That’s a common misconception in the area according to the local fish and game folks. I’ll take their word on it and leave the thing alone and in peace, thanks! Apparently the water snakes aren’t poisonous because they just grab their food and eat it whole like frogs and small fish. I appreciate the poor interns that found that information out the hard ways because I don’t want to be reaching at a snake to see if we can catch it to check to see if it’s poisonous lol. 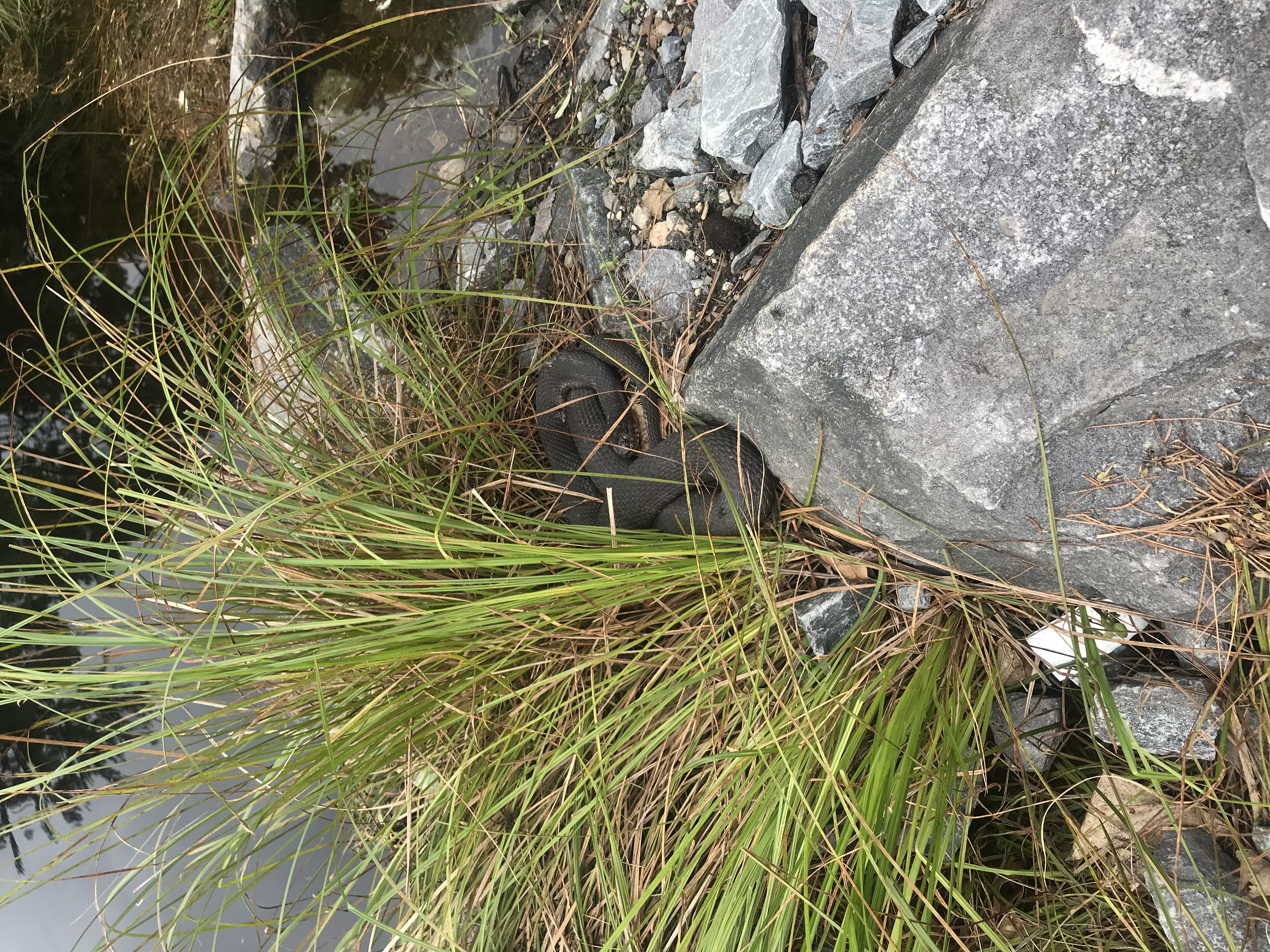 We came back a few days later and continued to find the snake in the same spot. It means to me that this is the guys home. When we were there we decided to fish in the area but with a healthy distance away from it and the thing didn’t like our movements, it kept flicking its tongue and decided that it was going to go back into its den. There was a gap under a rock there and it slithered right in so now I know where it lives. Thankfully it’s not a common spot either of us stand when we are fishing here but we won’t be doing a lot of fishing in this spot again lol. It also makes sense that the damn thing lives here because that’s why the fishing sucks over on this side! 🤣 We never catch anything on this side and I don’t often see other people having any luck so it’s the fault of the darn snake I tell ya! What’s been your critter surprise that you’ve had? I’d love to find out!

Man they are all poisonous to me. Kissy snake, worlds cutest snake, lovey dovey snake.. They're all deadly to me.

Hahah yeah they are all pretty intense in my opinion! I wasn't going to give this one any love besides a picture or two, that's not my type of fun. No crocodile hunter in me!

Congratulations @cmplxty! You have completed the following achievement on the Hive blockchain and have been rewarded with new badge(s) :

To support your work, I also upvoted your post!

Awesome thank you for the support!

i like seeing snakes, from picture or videos but if i ever see one in real or up close even if it's sleeping i'd definitely go running hahaha

Yeah lol it was really cool to see it but I was definitely quite hesitant of getting close to it! Thankfully our phones have good range on it so I could zoom in a bit and keep my distance lol