cmplxty in Feathered Friends • 2 months ago 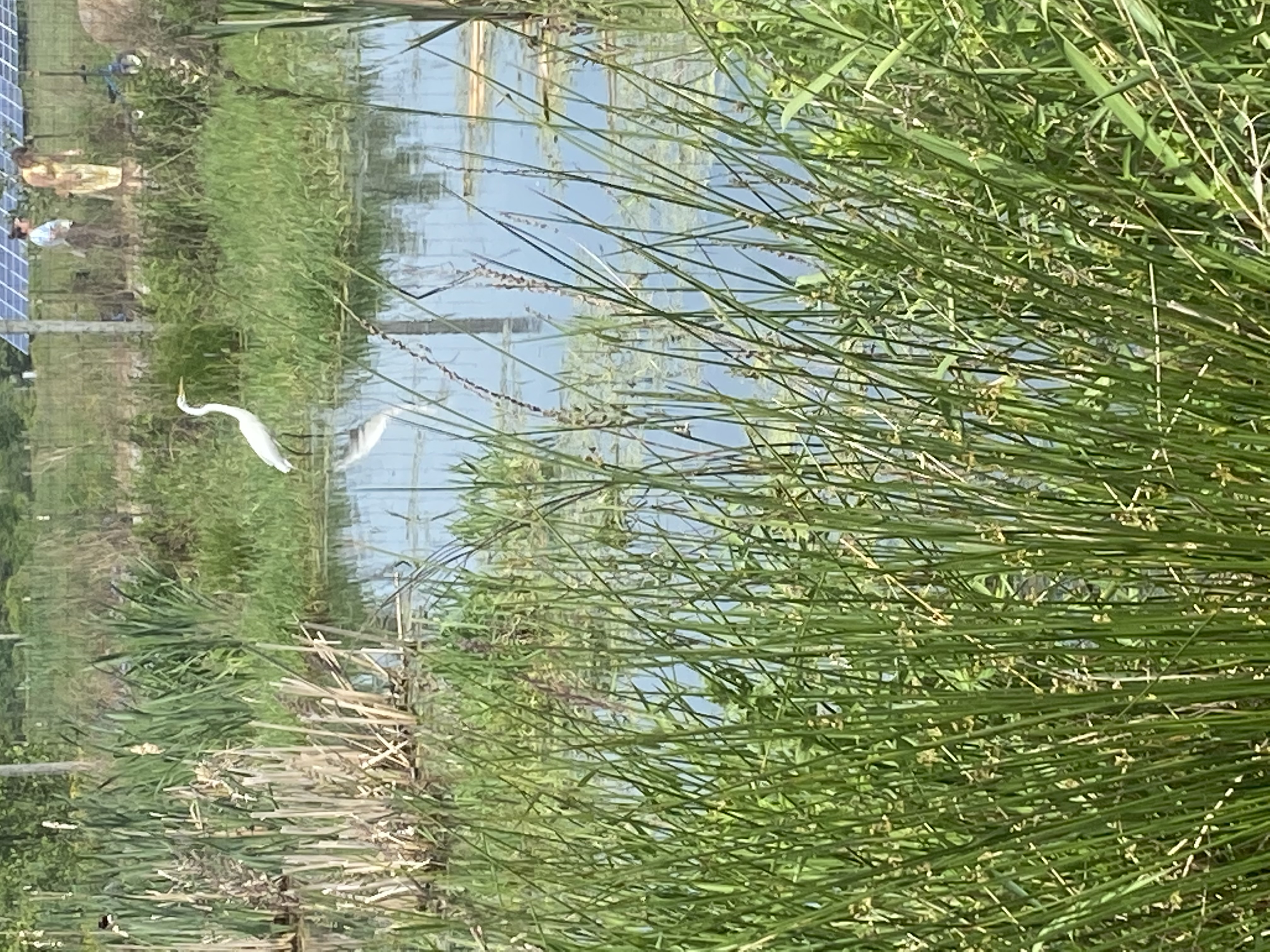 It’s nice to step back a bit and take stock of things that are interesting and important in life. One of these things for us is definitely looking to learn things and see new things with our son. The kids I’ve seen nowadays are too focused on a device and not often enough in nature so we aim to fix that every chance we get! Thankfully our son doesn't have a device, only mimics one with his toy phone but I think it's better for him so he gets to enjoy the sights and sounds of nature without the disturbance of electronics keeping his attention away.

One of the local farms has been doing some cool events for the kids. The one that they went to for this one, while I was working unfortunately, was some planting of some stuff so that we could take it home. It was a really fun event but it had some other benefits as well! They got to see this really awesome giant crane or heron, not sure which type it is but it's of that class of bird. Long legs and loves to poke around looking for small fish to eat.

I don't know how much luck it was having finding them but it was staying pretty still it looks like, waiting to spot a snack! While we were on the theme of being outdoors, I snagged these cool pictures the other day. The little man and I went fishing in a new pond so that was fun. We have a set of waders so we can walk in the water and not get soaked so we were using those and I think that gave us a really fun perspective for a lot of other things. We saw all kinds of interesting birds and wildlife since we were in their habitat, not just standing on the shore.

These two cardinals here were the best sight of the day! We didn't catch a single fish, not even a nibble but we did get to see some great birds so that was a good thing. Someone on here, thebigsweed (didn't want to tag him) said something that was pretty true! A bad day of fishing is better than a good day at work. That certainly rang true. It was nice being out in nature, enjoying the fresh air and listening to the animals. I wasn't quick enough to catch a better picture of these two but they landed on a tree about 10 feet from where we were standing in the water and were having fun, not sure if they are a couple or friends. This was the better snap of them for sure. 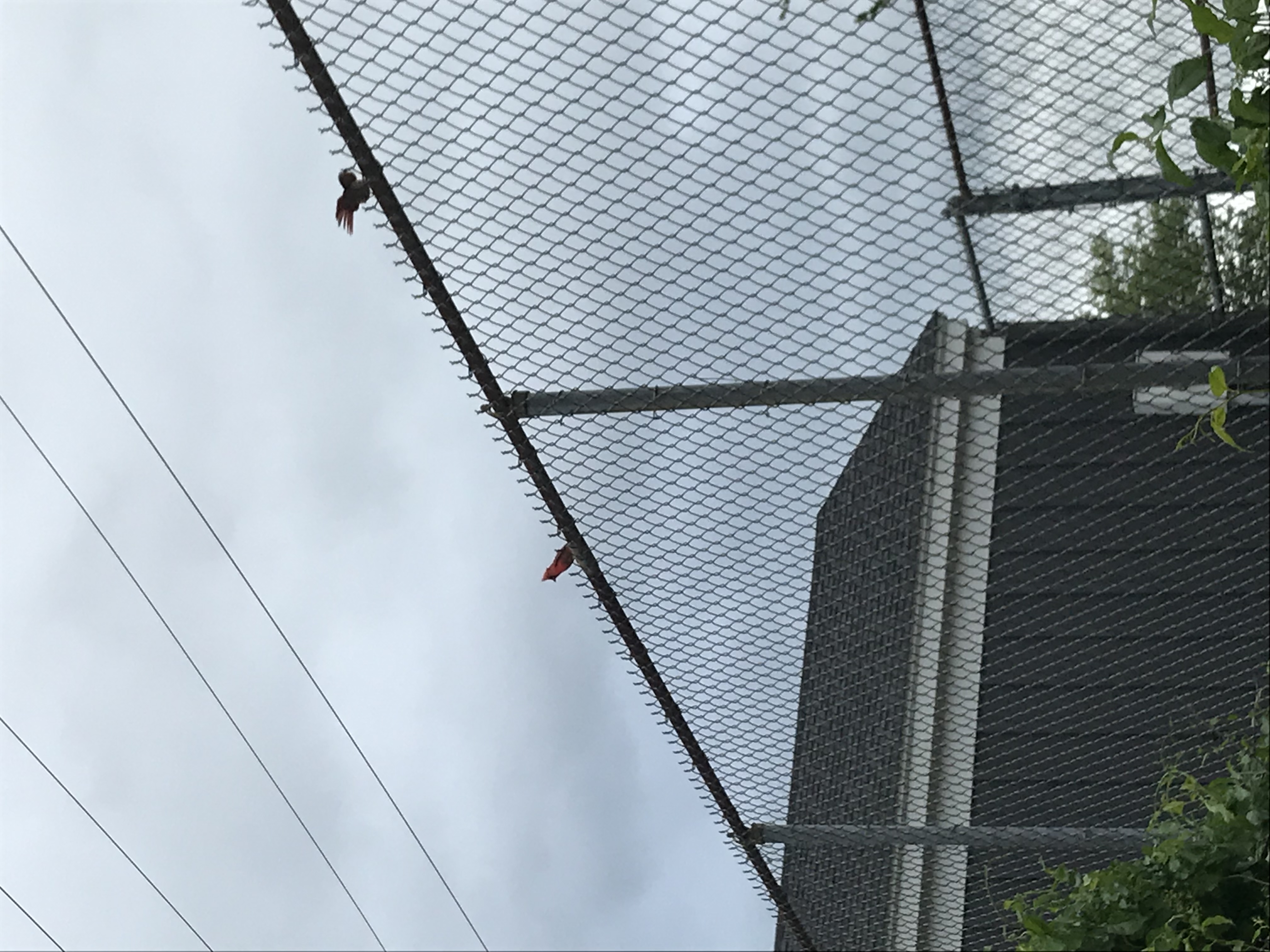 I can't figure out where in the tree the other one was but the one on the fence here was calling to the one on the tree and they were having a bit of a game of it. One thing I enjoyed was watching them up-close and hearing their calls! It was very familiar but with these birds, it's hard to determine what call goes with which bird. Thankfully with them doing it right in front of us, I was able to associate it so I loved that! The little man enjoyed it as well, maybe not as much as I did but he always likes to see birds and animals up close so it ended up being a better day than nothing. Some good finds for the local bird aficionados that's for sure!

Do you want to get paid, in crypto, for searching the internet? Try using and signing up for Presearch to earn some great crypto! I've currently got 2,412 PRE tokens, with a market value of $108.13. It doesn't sound like a lot but when you search using sites like Google you get paid $0! Join Presearch to break Google's stranglehold on the internet searches. If you'd like to sign up, use my referral link!
https://www.presearch.org/signup?rid=513043

That first one seems a great egret, Egretta alba; don't know if its a possibility in your part of the world. ;)

You could be right! I don’t know the specific breeds of them but they are of the same type as crane it seems, long legs and love to poke around the water for small fish!

Thanks for checking it out!

Lots of bird sightings! Lucky! I like the white one whatever it is Heron or Crane. It's good for kids to get exposed to nature instead of electronics, get a respect from the land that keeps us alive, it's beautiful to have a connection with nature.

Yeah, thanks! I love that our son has a lot of interest in anything animal related! I'm hoping that will keep going and also grow as an appreciation when we eventually start doing some type of hunting and eating things we catch and kill. I think that's also an important connection with animals, they are wonderful but they have more than one purpose for us even if we don't necessarily want to, understanding that animals are to be respected in many regards.

Whatever the bird is, it's cool! I've seen quite a few of them lately and it's nice to see. I think it's a good sign that the big birds like this are all over the place, to me that's a sign of a healthy environment.

I don't think it's something that goes away once you build that relationship with nature especially young, it's too beautiful. I now live in the city and go out of my way to get "nature time" so no matter how busy life gets, he'll find his way there. Animals and their environments are to be respected even if it's going to be eaten is an important lesson.

I'm sure you are right, more big birds means there is probably more fish as well (also a sign of healthy waterways/environment).

A really great post and lovely bird photos ! I don't mind tagging @thebigsweed to let him know he has been quoted here!

Haha thanks, I talk with him here and there but I try not to tag people too much!

Thanks for the comment, I'm very excited to say that I have another one I'm even more excited about in the coming week! Just got it this past weekend, something I never thought I would!

I'll be looking forward to it!